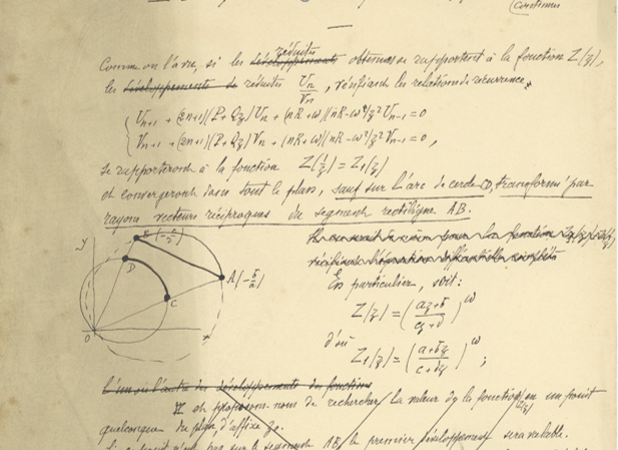 The online collection gathers about sixty mathematical works published in France between the beginning of the 17th century and the end of the 19th century.

Mathematics is constantly reactivating ideas buried in ancient texts: to mention just a few examples, the rediscovery in the 1970s of the work of E. E. Kummer (1810-1893) played a major role in the proof of Fermat's theorem at the end of the 20th century; Boussinesq's (1842-1929) approximation in fluid mechanics, Bézout's (1730-1783) matrices in the theory of linear systems, are at the centre of current research.

The selection of books here digitised also reflects the renewal of the history of science in recent decades: we now have a better understanding of how multiple factors of varying nature have contributed to the evolution of mathematical disciplines and the diversification of their interactions with the world; at the same time, we have reassessed the value of having sources that are varied in terms of their material form or audience, as well as in terms of the mathematical results they contain.

In the collection, famous authors (Huygens, Poncelet, Hermite) rub shoulders with the almost unknown (Leroy, Germain), all witnesses of and actors, at different levels, in the mathematical adventure. An important place is given to teaching works, which specifically allow people to grasp the diffusion of new notions, from the theory of complex functions of Cauchy to projective geometry. Applied mathematics is also well represented. Such records testify to the early and lasting use of the field to understand, model and calculate all kinds of phenomena, natural or human, from finance, surveys, planets, to gases or machines.