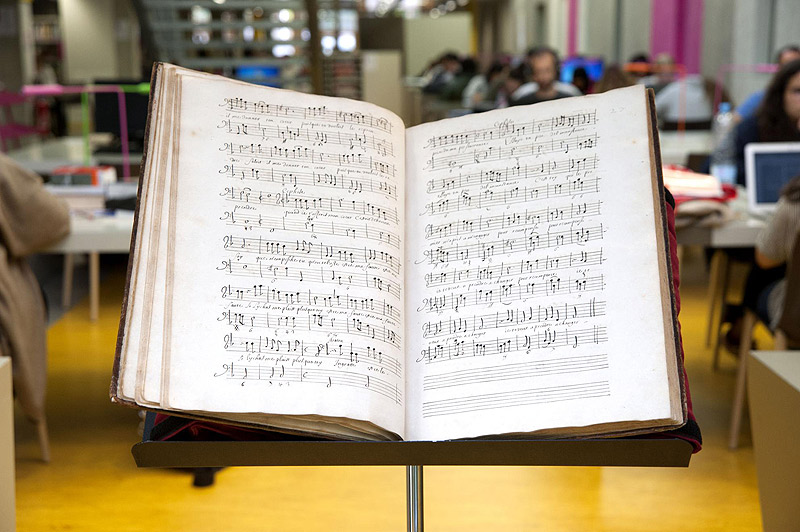 The musicology heritage collections preserved at the BU Clignancourt, which were awarded the COLLEX label in 2017, are the heirs of the library of the Institute of Musicology founded in 1951 on the premises of the current Centre Michelet. The Institute's library holdings were essentially built up from the initial bequest of Pierre Aubry's library by his widow to the University of Paris in 1910.

The collection of documents belonging to this pioneer of medieval musicology is partly composed of his archives, a selection of which will be digitized, including:

In the future, we will also be able to locate: